Hiya readers! Tonight I’m posting the art on here much earlier than on social media. Only the true Dustlander fans are reading this right now.

This is a brand-new piece of art commissioned by a gal I knew in high school! It’s been fun and challenging to draw. You might think the design (a Gundam head on a human body) is a little strange, but it’s really grown on me as I’ve worked on it. It kinda reminds me of a BIONICLE mask!

Shoutout to the folks at Adobe who helped me recover this piece after Adobe Sketch glitched and deleted it about 20 hours in. I feel like I owe you guys!

Check it out, everyone. I’ve had a couple of designs for Vincent Cannon (the protagonist of Ironwood) for a while now, and here they are.

The top-left version might be what he will look like in the Ironwood animated series (which isn’t real, but, y’know, there’s always hope). It was fun coloring Vincent in this relatively simple fashion, which I understand is necessary for this kind of animation. The three other designs are a little prettier, if only because I threw some paint on them in Adobe Sketch (rather than just doing blocks of color). You also get to see Vincent in various stages of undress–take that how you will.

These somewhat finalized Ironwood character designs take a while, but I hope to post more of them in the future… maybe even a full-body Vincent at some point!

Back atcha with another Apple Notes drawing, probably the last of its kind. Adobe Sketch has layers and I was able to import the OneNote colors, so soon you’ll be seeing the same thick-outlined, colorful Dustlander style you’re so used to. Will I ever finish coloring the last comic and start on another one? Only time will tell, I guess.

The Steampunks is interesting because I have all these (hopefully) unique ideas for characters, but only a loose plot arc to work with (Ironwood‘s story is coming along quite smoothly, though). Foxhound is my most recent character for this series; I see him as being Captain Wither’s second-in-command, a war veteran with a no-nonsense attitude toward the rest of the Privateers. His majestic sideburns and keen sense for danger give him his nickname–which, like all other Steampunks characters’, is animal-based. Regardless of his personality, I do hope you like his design! 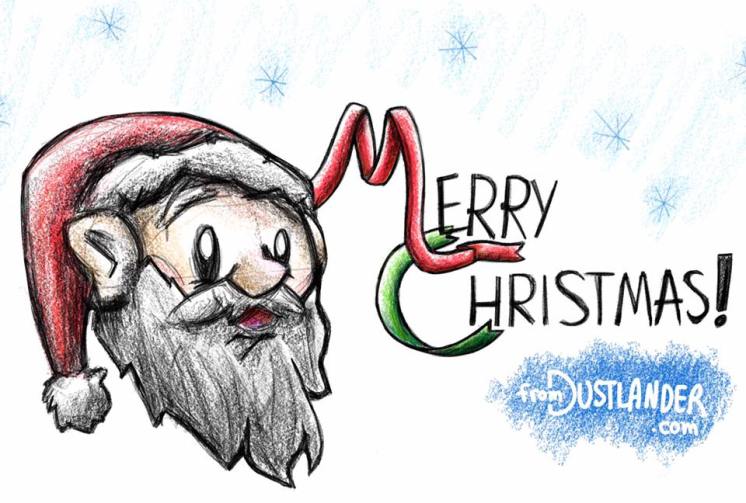 Dusty’s back, baby! Now armed with an iPad Pro and Apple Pencil, I’m more than ready to get back to work. Hope you all had a great day!