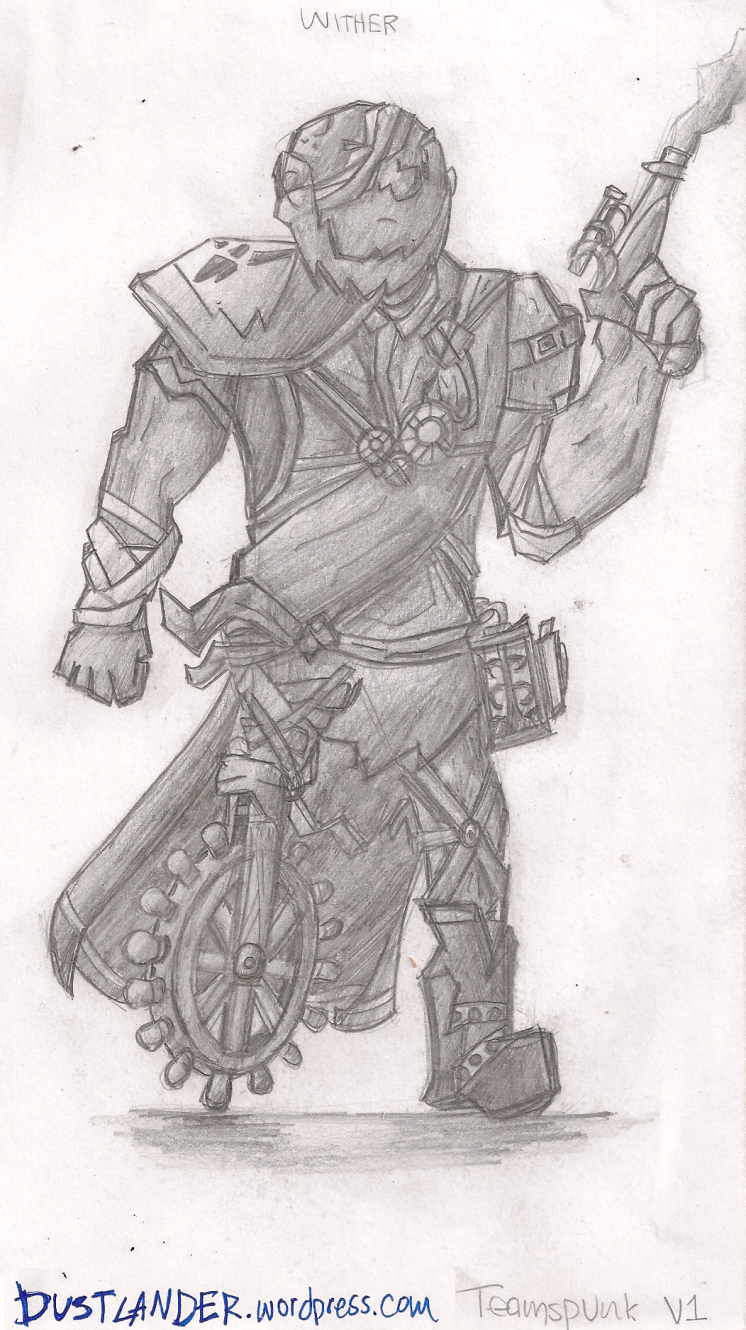 After yet another family reunion (and a couple days of downtime), ol’ Dusty’s back! Meet Captain Withers, the leader of a half-crime-fighting, half-criminal group in The Steampunks— the Privateers. Silent most of the time and deadly in even the kindest of situations, this “old guy” has been catering for himself and the rest of his comrades for decades. Along the way, it looks like he’s lost an eye and a leg defending/attacking others… but hey, that’s nothing to stop a veteran warrior with more than 40 years of experience under his bronze belt.

The thing is, almost everyone knows Withers a little differently. While Privateers like Grea have formed close enough relationships to call him “Dad” (although he hates it), no one knows how he accumulated so many injuries, who gave him his mechanical wheel/leg, or how he’s kept up the fighting all these years.

Once a certain amnesiac (from The Steampunks) awakens in the care of the Privateers, however, the mysteries about the old captain begin to unravel themselves. Noting the similarities between his prosthetics and Withers’, Longlegs instantly becomes suspicious and obsessed with not only discovering his own secrets, but Withers’ as well. As you can tell, that’s just conflict waiting to happen.